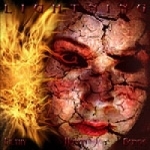 LIGHTNING is hailing from Spain and has been formed already in 1990. From 1992 to 1999 they only achieved to release three demos and one EP. “Filthy Human Beings” is LIGHTNING’s debut album after 17 years of existence. Recorded already in 2005 it took them more than a year to release it finally via their fellow Label Xtreem Music. Well, I did expect a lot after reading their album title, but honestly, to me this is nothing but average Death Metal with a lot of Hardcore influences (musically and also lyrically every now and then). Objective seen it has a very-well done production, the overall sound is clean, still powerful but totally lacks of absorbing moments. The musicians are skilled and I would not dare to deny the perfectionism they have put into their music and compositions. But this kind of music is nothing but worn-out. In my eyes it is too meaningless. Where’s the aggression or the impact an album / recording / song has to abound? www.xtreemmusic.com