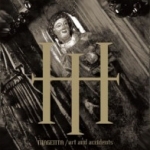 Regular, fist pumping Heavy Metal will always survive in one form or another. If the last twenty years has taught us anything, it is this comforting fact. This does not mean, however, that every new band who emerges out of the woodwork is instantly recognizable as a Metal band. Indeed, MAGENTA will raise more than a few eyebrows. Judging from the first track alone, it would seem that the band is more dance oriented than anything else. Picture a merger of TWO WITCHES and KATATONIA. That is the best description for MAGENTA. Their songs are soft, but they have enough Rock and slight Metal edges to suggest that they are not all that meets the eye. With that said, the fact remains that MAGENTA are almost as far as one can go before leaving Metal or Rock and Roll, entirely. Taken alone, without trying to reconcile it to our hallowed Metal traditions, this is a good album. It’s well done, and well sung, but it could never sit proudly with a NECROPHAGIA record. Perhaps in a secret closet somewhere, wherein serious Metal heads stash their guilty pleasures. www.myspace.com/magenta