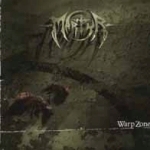 Now I guess being the only Canadian reviewer on this site it seems right to me too keep all the Europeans up to date with all Canadian Metal releases. MARTYR hail from Montreal, Quebec Canada the same birthplace as such acts like CRYPTOPSY, KATAKLYSM, GORGUTS, QUO VADIS and many more. MARTYR do not stray away from the same sound as those mentioned. MARTYR play a fierce melodic technical Death Metal style with many hints of DEATH and melodies of European acts like SOILWORK and such like that. Were MARTYR differ is in their strong songwriting and musicanship, the production is really top notch with a drummer insane. Brothers Mongrain on here, Luc Lampron and Pat Hamelin really produce something of high quality. Guitarist Daniel Mongrain was playing for GORGUTS on their latest album and tour. Hell, even Luc Lemay of GORGUTS sings on 3 tracks here. The bottom line is that Canada produces the best technical Death Metal nowadays and this is just another group that proves that.