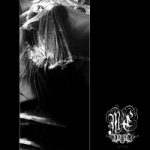 Sometimes the fact when you’ve done something is much more important than the fact itself and especially in the Black Metal circus / cult it seems that some groups can’t differ between true and truth anymore. Nevertheless it is quite difficult these days to omit the fact that our cult is marching towards total annihilation due to the fact that so many bands play the same kind of music with the same attitude, feelings, same instruments, same idols and roots of inspiration. ATMF Records from Italy is a small label which is trying to contribute their share to the current Black Metal scene and honestly speaking their ninth release from the Italian band MELENCOLIA ESTATICA is also fighting with the above mentioned illness. The five songs of true Black Metal are really well played especially the guitar work is worth mentioning and for sure is “Letum” above the average level of releases, but it’s still the 787th version of true Black Metal. Honestly speaking I’m aware of the fact that it’s very difficult to add new essence to the weak Black Metal creature and it’s maybe very unfair for a band like MELENCOLIA ESTATICA to be judged by creating good music too late but still the year is 2008 and the aim should still be keep truth to the basic but – and that’s the essence – adding something new or unique. Think that “Letum” is a very suitable album for a younger Black Metal fan who missed the early (essential) releases of bands like SORHIN, SETHERIAL or OBTAINED ENSLAVEMENT but really fear that the older Metalheads out there will choose one of their black / white cover releases from the dark past. www.atmf.net