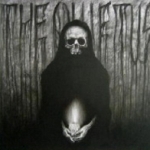 MELTDOWN is originally from Mexico and relocated to Spain in 2001. Their brand of self-proclaimed Occult Satanic Death Metal is a valid description of their style. Released in 2008, ‘The Quietus’ is their second effort since 2000’s “Inner Enemy”. There is a notable old school (I hate that term anyway) Death Metal influence here. I really liked the vocal attack of Rafael Roman which is neither a deep growl, nor a raspy scream but an intense shout that fits in perfectly. Musically, this is a fast-paced album with heavy yet melodic guitar lines, good (somewhat muffled) solid bass and a tight drum work courtesy of Alfred Berengena from Spain’s BAALPHEGOR. Production / mix just adds up to the band’s raw brand of Metal. Some songs stand out such as ‘Vast Lands’, ‘Throns Of Nocturnal Ornament’ and ‘Black Flame’ (my personal fave). I think they need just a little more variety to make the other songs as good as those 3 I mentioned. Also included is a very good rendition of JUDAS PRIEST’s ‘Metal Meltdown’. “The Quietus” is a recommended album for any respected Death Metal fan. Go ahead, give MELTDOWN a well-deserved support and get this one! Contacts: www.myspace.com/meltdownmex, meltdown.freehosting.net (old website)