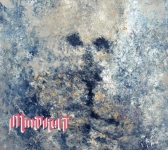 Up to now, Caligari Records is mainly known as a label that is responsible for good and professional tape releases, that brought back the good old music cassette the way it was supposed to be. But last year already saw the first release of the dedicated company on both CD and tape. Now this debut EP of the British one-man-band MINDKULT is the third disc Caligari did. Knowing the exquisite taste the label owner proved with nearly all of his releases to date, I expected something special from “Witch’s Oath”. To be honest, when I listened to the four songs for the first time, I was a little bit disappointed. But as soon as I gave “Witch’s Oath” a second and third run, the EP grew. Maybe it is due to the fact that I always need a little more time to become familiar with that primal and puristic kind of Doom Metal MINDKULT has to offer. Yet as soon as the sometimes ultra slow and basic riffs really unfold their magic, any Doom lunatic will love this sound somewhere in between PENTAGRAM, NAEVUS and SAINT VITUS, be sure! The viscous opening lava stream ‘King And Priest’ and the melodic and rather brisk title track alone are worth getting “Witch’s Oath”, the slightly Stoner Metal influenced ‘Serpent’s Nest’ is nearly as good as the two of them. It’s only the final ‘Chief Of Devils’ that can’t completely keep the level here, since it has a few lengths. But that’s complaining on a high level, since I know not too few albums on which this song would be a highlight. So, once again Caligari detected a hidden Doom diamond. Find out more at www.facebook.com/mindkult, listen at http://mindkult.bandcamp.com or order your copy at www.caligarirecords.com or www.facebook.com/caligarirecords. I advise you to be quick, since the EP is limited to 300 copies on CD and 100 copies on tape.