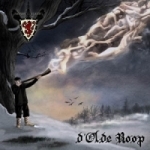 If you take a closer look into the glorious history of the Netherlands you will find a lot of war, plague, famine and death – so the perfect lyrical background for any local Metal band. With MONDVOLLAND a further Dutch act is presenting their official debut with nine tracks of these days so called Pagan Black Metal. The album starts with the long opener ‘Stemmen In De Avond’, a track which is combining the harsh and aggressive side of the band with more Folk based influences. Since their founding in 2005 the band recorded only a handful of underground formats (all tracks can be found on “D’Olde Roop”) and the debut proves once more that – if it comes to a newcomer – only the long road leads to success. The complete Dutch lyrics in combination with the Black Metal basic structure of the songs – just listen to ‘T’Oudreemsterveld’ – is connecting the band with traditional Norwegian acts like TULUS and VINTERSORG. The violin and flutes parts plus some minor clean vocals are well performed even if the necessary diversity is occasionally missing. The album starts impressive with a handful of interesting and balanced tracks. But the heavy use of the “supporting” instruments in tracks like ‘De Witte….’ is avoiding a final “buy or die” review. Nevertheless a fresh and interesting release which can bring joy and sunshine in every black Pagan heart. More info at: www.mondvolland.com, www.myspace.com/mondvolland, www.apollonrecords.nl