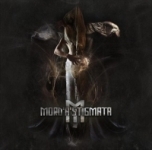 After a few demotapes “Überrealistic” is the first official release of this Polish outfit and it is rather strange that the recording line-up is completely different to the current line-up (both are printed in the booklet). I wonder if this is only a project or a real band? Well, perhaps the guys just changed their names, haha. The music itself is pretty convincing and reminds me of a bastard between MORBID ANGEL and MAYHEM (“Grand Declaration Of War” – era). Especially those “industrial” effects MAYHEM used at this time and also ZYKLON included in their songs on their first album makes this release really interesting. The overall impression I have here is quite promising and I’m actually interested in how the band sounds today as the recording is already quite old, though released in 2008. The drums were recorded in December 2006 and the rest of the instruments in spring 2007. I can imagine that the band / project already finished many songs for an upcoming album. As I don’t have any biography or introduction to this I can not tell if this is true or false. Nevertheless, these 10 songs on this CD with such amazing songtitles as ‘Manstrual Heroin’, ‘Regenerated In Stigmatamord’ or ‘Psycho Rolling Machine’ are a fantastic start for this Polish band and especially ‘Dislocation’ fuckin’ kicks ass and proves to find a band which is worth to check out if you are interested in some weird stuff which is nothing else than a mix of Black / Death and Industrial Metal. And the name is weird, too… Check out www.lilithprod.com.