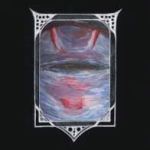 Until this very moment in time, I had never heard of MURW or “mellow” as I hear the moniker’s title actually means in Dutch. From Den Haag, The Netherlands, hail this off-shoot group (all the members except the keyboardist) play in the melodic Death Metal band INTESTINE that is currently still active. Like INTESTINE this version of that band, now under a different guise and who have been labeled as depressive Black Metal, still echo what they seem to pine for with INTESTINE in the context of all that is sad, gloomy and painfully brought forth to the listener in melodic albeit tragically exhausting dirges. Of one review I read about this album, the grist of this band’s musical wheel was akin to that of KATATONIA and I hear that as well. Also some EDGE OF SANITY inspired twists and turns with even a bit of old AMORPHIS from what I can remember of that ancient band, plus enough of MURW’s own stylistic renderings, that surely bring to mind visions of a fetid sea of rotten old bloated corpses. “In the Mouth Of The Unknown Ocean” the band’s debut CD seem in at least this reviewers opinion as the natural extension from the four previous demos MURW have created since the band’s inception in 1997. That said aside from the piss poor recording / production of this album, especially in regards to the final mix – absolutely being one of the most horrible that I have had the displeasure to listen to in so many weeks! The vocals delivered on this CD are the only band related issue I have with this act, as they are what junks this album for my tastes. Honestly the high-pitched over done Black Metal rasp / screams just belie all of the essential efforts created for these songs and ultimately fail to grasp sincerity to have MURW taken seriously. Contact: pvdzouwe@yahoo.com or graveyard@hotmail.com or www.murw.info