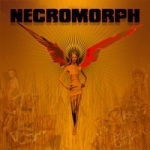 It is stated in a few places over the web that this band started as a Black Metal outfit. By looking at their demo covers, and their then logo it might as well be. But right now, it is a bit hard to believe when listening to the blistering fury of down tuned chaos of this German band. Probably the closer Black Metal reference could be early IMPALED NAZARENE, but the guitar sound is hailing ENTOMBED and DISMEMBER (just listen to ‘When A Whisper Breaks A Neck’) whilst the energy and raw aggression is undoubtedly related to a hardcore background, and also there is also a lot of MASTER and REPULSION references here. And this incredible weird combination, actually works pretty well here. In fact the final result is more akin to grind in the TERRORIZER and NASUM vein, but svensk dods metallers will find many riffs and ideas to their likings, as well as the vocals which are quite similar in style to those of later Matti Karki. And also, the length of this album is about the right one to keep things intense and not boring… Of course I would like them to drift more towards the Swedish sound but then again they will probably fall in the retro trend that would do them no good. And for a band formed in 1995, I am more than sure that they are already doing what they wanted. And to be honest, I enjoyed this one a lot more than I thought I would. The only bad thing here is the damn awful cover art. And that my friends, is the least thing I would worry about now that the music is such as enjoyable as this one. Grinding Deathcore at its best for this new millennium! www.necromorph.net, www.myspace.com/necromorph, www.fda-records.com