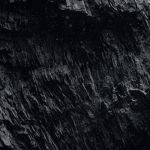 This band with the strange name NECROPOLISSEBEHT is an international project with Ryan Förster (of BLASPHEMY fame) and two other members from Canada and Germany. “TTCCCLXXX” is their first offering, an EP with twenty minutes running time. Or should I say: suffering time? That would definitely be more precise, as the music on this EP is really hard to bear. I’m not completely sure, but the songs sound like they were recorded in a trash can. Yet worse, the first three are nothing but a primitive beating attack with nearly no structure at all. Well, the doomy part in the opener ‘Desecratedivine’ ain’t that bad, but it doesn’t save the first thirteen minutes from being mainly an atonal wall of noise. After this torture for the ears, the listener longs for some catharsis. And the final ‘Θῆβαι’ (Greek writing of the ancient town of Thebes) could do that job. Some might say, this song is Ambient or Drone. I say that it’s a boring seven minutes of tones swelling up and down, but at least it’s a recuperation. In sum, I can absolutely not advise anyone to listen to NECROPOLISSEBEHT who is not an enemy of music. Visit https://necropolissebeht.bandcamp.com or www.facebook.com/vaultofdriedbonesofficial