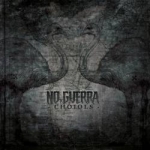 First time that I heard this band. I never thought that this style of Metal also exists in Argentina. I was stuck for their Heavy Metal and Death Metal scene and I can say that this band really sounds like PANTERA, SHADOWS FALL and LAMB OF GOD etc. (correct me if I’m wrong). This album was released last year I think, but never got much attention globally because it’s limited to only 100 copies, probably GS Productions intended that or the band itself. While listening to some parts I was impressed with track # 2 (‘Miles De Almas Sin Paz Audio’) and # 6 (‘Fieles Al Sol’). There were two vocalists and you will notice that the vocalist in this specific track was changed. They have a very strong voice and the guitar sounds heavily influenced by Dimebag. You can also check out the full "Choiols" album on YouTube for your reference. This band needs more attention, they can kick and surely deserve to get slots from the very long list of US and Euro bands. Highly recommended for fans of this style of Metal and the strongest part was their native language. If you are interested you can contact them at www.facebook.com/noguerra.oficial or the label at www.gsp-music.com