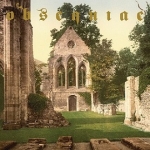 Well, being that OBSEQUIAE released one of my favorite debuts in recent years, I was very stoked to be able to review the new one. Thankfully, there hasn’t been any bizarre left turns for the band. OBSEQUIAE continues on the path of scintillating medieval melodic Black / Death Metal. For the uninitiated, they are in the vein of FALL OF THE LEAFE or perhaps OPHTHALAMIA with stacked, chiming harmonic guitars and a throaty Black Metal voice. OBSEQUIAE are NOT pseudo Pagan / Power Metal / Cornball shit – in my humble opinion they are medieval music put into a Metal format… This is also not a dark band, but for a nerd like myself into knightly tales, chivalry and such, "Aria Of Vernal Tombs" is a fitting soundtrack. Notable are several acoustic instrumentals (à la the interludes on DISSECTION’s "The Somberlain"). Very well done. OBSEQUIAE also injects a surprise blastbeat on the song ‘Pools Of A Vernal Paradise’ to great effect, and the use of a female voice elsewhere adds intense atmosphere. See if you can catch the ROTTING CHRIST riff-reference in the closing cut, ‘Orphic Rites Of The Mystic’! Another winner for me, and sure to remain on regular rotation as the first album is! www.facebook.com/epicuscastlecusmetallicus, www.20buckspin.com