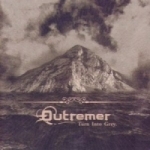 The name SORCERY may still ring a bell in some of our readers minds: one of the many Swedish Death Metal outfits lost in the flood of countless likewise acts back in the early nineties until No Colours decided to make their one and only album available once again to a wider audience. So much for history…"Turn To Gray" is the first release of their new band named after the feudal ‘crusader-states’ founded overseas after the first crusade. Fuck, that’s sounds like even more history… isn’t this supposed to be about beer, tits and Metal?!? Anyway, as so many other followers of the death-cult before the process of aging has led them to some kind of groovy Doom- / Stoner-Rock kind of sound. You know the deal: warm, fuzzy guitar-sound, Black-Sabbath riffs, hash-pipes and-so-forth. Later ENTOMBED come to mind, as well as a less homosexual CATHEDRAL. And while not exactly earth-shattering, this rather short offering (five songs) is at least to these ears quite an entertaining, rock-solid affair. Talking about the process of aging… Highlights must be opener and title track ‘Turn To Gray’ and especially the band hymn ‘Outremer’. Frown at brown, for green is god! www.pulverised.net