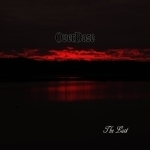 Finnish Speed / Thrash Metal band OVERDOZE started out in 2009 as a 2-piece act and recorded 2 demos within the year 2011. OVERDOZE’s 3rd demo, titled "The Last", was done by 3 members sharing about the same vision how OVERDOZE could possibly sound like in terms of churning out Thrash Metal. I don’t know is it about me, or about the demo itself but OVERDOZE ain’t able to set me on fire with this demo… I mean, at all. The band’s mainly slow and mid tempo Thrash, sung with grunt-ish nearly Death Metal vocal style, simply lacks too many vital elements for ending up being categorized under a solid and well executed Thrash Metal. Without sounding too harsh or mean towards them – yes, it can be heard that they have tried to put some effort into their songs at least but certainly not enough, not in my sincere opinion though. In my humble opinion, they do need more aggression and speed into their songs, plus a real Thrash vocalist for delivering their goods better. And that’s a lot to ask, but then again the bottom line is, there’s quite much of improvements to be done in the band if they are ever going to bring this band any further success wise – to step away from their own small and familiar home yard, onwards some of those goals that would truly allow some certain things to start happening for them, in a serious sense I mean. Only a couple of occasional good Thrash riffs within their songs on their latest demo, don’t save them from sinking into an eternal oblivion, as rude and sad as that may sound like to some of you. So, rehearse, rehearse and rehearse even more guys in order to be able to impress all of us next time the way nobody can question the greatness of your next release anymore. Anyway, more about OVERDOZE at www.facebook.com/overdozemetal