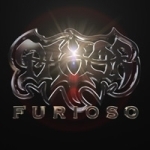 Tired and bored by thousands of average and mediocre releases? Are you looking for something really superb and outstanding? Something you haven’t heard yet? Okay, then put just one band on your shopping list: PAVOR. In 1993 PAVOR released one of the best German Death Metal demos of all times. In 1994 PAVOR released one of the best German Death Metal albums of all times. And now in 2003 PAVOR released THE fucking best Death Metal album produced by a German band ever!!! NINE years after their excellent debut “A Pale Debilitating Autumn” they finally put a new album out. I’m sure most bands would sound totally different after such an enormous long period of time, but PAVOR did not leave their path of brutal and technical Death Metal. “Furioso” is the new milestone when it comes to complexity and brutality. “Furioso” combines head splitting brutality, a virtuous Jazz inspired bass, thunderous drumming with the precision of a Swiss clockwork and furious over the top guitar riffs and leads. Not to forget the maiming vocals. Claudius definitely is one of the best Death Metal vocalists on this damned planet. His voice is so deep, slimy, barbaric and brutal but still predictable. Awesome. “Furioso” is a pool of fantastic twisted, brain slicing riffs, weird and strange bass lines, marvellous leads, fast and complex drumming and really mean vocals. “Furioso” is the perfect symbioses of technical, innovative virtuosity and brutality. It’s amazing to listen to the guitar and bass duels. There are some guitar parts which really remind me now and then of WATCHTOWER and SPASTIC INK. I just name those bands to make clear the skill of the musicians. PAVOR is absolutely unique, period! Fortunately the production kicks ass, too. On “A Pale Debilitating Autumn” I did not like the drum sound that much. It was way to clinical for my taste. But this time everything sounds just perfect and powerful. Every instrument is clear and audible. I especially appreciate that you can hear the unique bass. If you want progressive Death Metal that doesn’t lack heaviness, you’d be a fool not to get this. It is easily one of the best Death Metal CDs of 2003 and it’s for sure, that “Furioso” will find its place in the Death Metal hall of fame. A masterpiece was what I expected, but “Furioso” is much more than I’ve ever dared to expect. believe it or not. Contact: www.pavor.com