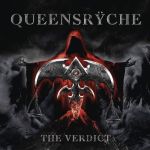 By the time “Dedicated To Chaos” was released, QUEENSRŸCHE was a mess of a band. The last few Geoff Tate albums left us scratching our heads and wondering where our beloved band who delivered us “Operation Mindcrime”, “Rage For Order” and “Empire” had run off to. Then came Todd La Torre (CRIMSON GLORY) as new vocalist and another self-titled album that put the band firmly back in place as the Metal band we all know and love. Not to discredit Tate. He fronted the band in their glory years as they climbed to the top as more than just a “hair band” by taking their music seriously and writing epic albums. And knocking him for trying something different on later albums is uncalled for. However, later albums with Tate were not quite the band we used to raise our fists to. They strayed way too far into the theatrical side of things. But hey, who can really blame them? “Operation Mindcrime”, one of their biggest albums, was theatrical in itself. Tate just took that and ran with it… far away. Now, with a more grounded and back to basics band, QUEENSRŸCHE have released three solid albums with Todd, harking back to the days of anthemic songs while clearly moving the band forward. “The Verdict” opens with ‘Blood For The Levant’, a rocker that doesn’t dally with theatrics and simply hits the ground running. We can yet again sigh a breath of relief as the band sticks to the sound that brought them into a higher status of Metal early in their career. ‘Man The Machine’ has classic guitars while Todd sings his lyrics not only channeling Tate, but Mr. Bruce Dickinson himself. There’s definitely an IRON MAIDEN vibe, which isn’t a bad thing at all. And dammit if you don’t sing along with repeated listens. ‘Light-Years’ is a spacey amalgamation of star-crossed guitars, pounding drums and harmonizing. The almost BEATLES-esque first minute or so of the track forms into another Power Metal masterpiece as it grows and churns. ‘Propaganda Fashion’ speeds things up a bit as ‘Dark Reverie’ brings the pace back down before erupting into a moody, emotional song. ‘Bent’ is a shrieker of a track as ‘Inner Unrest’ swaggers and marches with brilliant defiance. ‘Launder The Conscience’ and ‘Portrait’ wrap up the album in what turns out to be a damn satisfying journey. The bonus disc contains unreleased studio tracks and live songs. QUEENSRŸCHE, the past three albums, sound refreshed, renewed and full of energy. Geoff Tate was a groundbreaking, iconic frontman. But Todd La Torre has not only filled his boots, but walks with a steady grace that doesn’t take shit from naysayers. For more info, check out www.facebook.com/queensrycheofficial, www.centurymedia.com