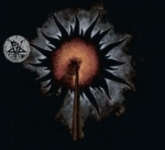 Ireland is only a small green island but musical wise it is the fatherland of a handful of great bands with enormous influence on the European scene for years. If it comes to name two Irish bands I really doubt that neither REBIRTH OF NEFAST nor SLIDHR will be mentioned – even if the presented split album has the potential to change this status. The two bands are playing true Black Metal without the slightest variation and the 4 songs plus outro are worth to be released on a wider scale than as a pure underground demo. The differences between both bands are quite limited. SLIDHR added some atmosphere to their creations and early MANES could be named as the rough musical direction, their blood brothers REBIRTH OF NEFAST are also influenced by the Norwegian Black Metal of the midth 90s but their long songs are furthermore touched by a certain kind of chaos (MYSTICUM or the Swedish MZ.412 are for sure part of their musical preferences). The matter would be quite clear if the playing time would be not such a provocation – even if I keep in mind that quality is still more important than quantity I think that a full release with less than 30 minutes (not counting the outro) is unacceptable and with such a short release it’s a 50/50 deal and everybody must decide by himself if the four songs are sufficient to support these bands. www.e-a-l.com