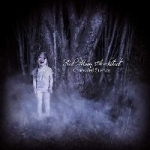 Is there ever enough quality Doom Death Metal around these days? Well, it could be ‘yes’ to many of us, but then again ‘no’ for some of us others too, whose undying hunt for some emotionally-charged and simply killer Doom Death Metal bands just never ends. A great thing about this so-called eternal hunt for the kind of bands that are packaged with such terminology as grief, sorrow, darkness, isolation and such, there’s always something good out there to look for. RED MOON ARCHITECT, a 4-piece Finnish doomy Death -or deathly Doom Metal act, run by Saku Moilanen (also in another Doom Metal act called ROUTASIELU), is a relatively strong debut tour de force from Sami’s troops, in which he plays bass, keys and drums all by himself. Having hired a guy named Frans Aalto to do the main death grunts for the album, has been a smart move – as well as adding also a female vocalist Anni Viljanen for this opus, to give some balancing contrast to Frans’ overall so crushing vocalism, seems to work in a fine way for the advantage of RED MOON ARCHITECT. Guitarist Juuso Turkki has also conjured up some totally downright ultra-heavy riffs by shredding his 6-stringer almost that way like someone needs to be punished. Weeping and sorrowful melodies are all over this album, feeding some of the album’s quality sectors deliciously, yet making a great promise about RED MOON ARCHITECT’s further potential release-wise. "Concealed Silence" is a pretty outstanding release altogether; you will definitely get your daily dose of Doom Metal calories and vitamins out of it for sure. Now join the misery and sorrow! To get more info about RED MOON ARCHITECT, go to: www.facebook.com/redmoonarchitect, label: www.inverse.fi