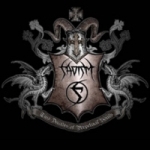 Judging them by their biography the band is active already since the late 80s. Haven’t heard from them until a few weeks ago when Claudio from Rawforce Productions sent me the “Tribulated Bells” CD and their “Two Decades Of Perpetual Souls” album. And about the 2nd mentioned record I’m going to write here. It’s a re-recording of their 2 demotapes “Perdition Of Souls” (1989) and “From The Perpetual Dark” (1991) plus the unreleased track ‘Gory Dreams’ from 1988 and ‘Inhumation’ from their “Darkside” 7″ EP 1993 as additions. Compared to the “Tribulated Bells” CD released back in 1993 you can figure out the better production of “Two Decades…”. 4 songs featured on this re-recording are on “Tribulated Bells”, too and from my point of view the newer recordings succeeds in each re-recording. Tunes as ‘Perdition Of Souls’, ‘Faces Of Terror’ or ‘Burning Inside’ are killer songs and now with this great sound even better. “Tribulated Bells” had a huge POSSESSED-influence especially to their 2nd album “Beyond The Gates” and judging that now the mediocre sound could be the reason for this impression. POSSESSED seems to be still the major influence for SADISM, though here on “Two Decades…” the biggest similarity I feel is to the French masters of Death / Thrash in MASSACRA. The drumbeats and the guitarwork is quite comparable and SADISM are doing a fine job here. I wonder why this band is not more known outside Chile as they are supposed to be a quite active liveband and had some great moments during their career supporting several bigger names in their country and performed on huge stages. All in all I’d say it’s now again time for an official new album with new songs and not a recycling of old moments. As SADISM already released along with “Tribulated Bells” 3 other regular full-length recordings (“Deadline Sequences” – 1997, “A Dwelling Of Gods” – 1999″ and “Summon” – 2002) I have good hopes to have them here featured with a new record rather soon. This current recording is a good start for interested fans in the Death / Thrash movement of the early 90s and therefore I can give my thumbs up and a recommendation to buy this album. Great work but now it’s time for new songs, guys!! Check out www.myspace.com/sadismofficial for band-information and www.myspace.com/rawforceproductions for the label. Unfortunately I have no information who are some distributors of Rawforce Production’s catalogue throughout the world.