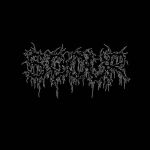 Philip H. Anselmo. There are a lot of things you can say about this man: powerhouse, dopehead, hardcore underground supporter, label owner, “white power“ fool, broken man from New Orleans. Search the internet you will find stories supporting every one of the above mentioned name tags. One thing is for sure: this guy is a die hard Metal fan. A Metal icon. And although I have to admit that I did not follow all his appearances in projects and bands (he even played guitars in NECROPHAGIA!), there was always something that kept me interested. Even after his infamous drunk “white power“ shouts and Nazi salute – to me his lowest point – for which I read him first giving childish explanations (white wine??) and later apparently honest regrets (I really dislike this part of his chapter and I hope his regrets are honest). But for me there still was something interesting about this guy. Even now. Something other Metal icons like Dave Mustaine, James Hetfield, David Vincent, Glen Benton or Kerry King have long lost: he just seems to be one of us, how pathetic this may sound. He fell from the top, drowned in his own abuse, took weird paths but still came back and took strength from the underground. And was never too big to show his support. of the Metal scene! Or have you seen any of the above mentioned wearing PORTAL or RIGHTEOUS PIGS shirts? So after nearly six years of existence I finally stumbled upon SCOUR and their third EP “Black”. I haven’t heard of their first two EPs “Grey” and “Red” before so I think Nuclear Blast, who took over SCOUR in 2020, spent some money in some well placed adds – I simply had to check out, what Mr. Anselmo is doing today. And boy, what a joy this is! I would never have expected something like this, even though I knew he had a knack for Black Metal in the past (his projects EIBON with Satyr, Maniac and Fenriz or CHRIST INVERSION were a clear indicator). This is fast, fast, fast and brutal Black Metal with a strong Death Metal touch you would probably expect when members of MYRKSKOG and DARK FUNERAL jamming together. Quite catchy, straight forward, well produced and simply thrilling. And Phil Anselmo shouts and screams as if he was born to be a Death / Black Metal singer! Just listen to the opening track ‘Doom’ and you know what I mean. Haven’t heard him like that since his PANTERA heydays (except his great clean vocals which I enjoy a lot as well). The other members also play or played in AGORAPHOBIC NOSEBLEED, CATTLE DECAPITATION, PIG DESTROYER, HATE ETERNAL and MISERY INDEX, just to name a few – so you can easily expect high craftsmanship and solid songwriting. I really enjoyed this release! EP no. 2 “Red” is equally good, the first one “Grey” is good, but the production not as brutal as the other two. Now that Nuclear Blast have taken over SCOUR it will only be a matter of time when a crushing full length will be released upon us. Until then visit Phil’s label Housecore Records on Bandcamp and get the EPs. www.thehousecorerecords.com, www.facebook.com/scourband