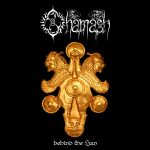 Originally recorded back in 1997, this is the debut demo of this Mexican horde of melodic and epic Black / Death Metal. The band went on to record a debut album a few years later, did a couple of tours and then disbanded due to the members having to live a “normal” life. A shame it is, as they were some of the most incredible performers to these eyes that the worms shall eat in time. At one time most of the band was in the music conservatory, and one of the bass players (they got two) was actually the son of a violin player from an international orchestra. So the band’s drummer decided to resurrect this demo, which already had a very good sound, with an actual re-master, and in a fantastic digipak with UV tones, lyrics and poster included. A total collectors item! But what about the music? Well, SHAMASH was playing something between early symphonic DIMMU BIORGIR, DISSECTION and “Nemesis Divina” era SATYRICON. There are also many old school Death Metal influences from POSSESSED, DEATH and AUTOPSY and PRIEST / MAIDEN riff-o-rama influences here and there. The band uses two bass players doing different things each, and also while having a main vocalist / bass player doing vocals (pretty much in the early AFFLICTED vein) one of the other guitar players was doing more Dani Flith – esque screams here and there. There is also the use of keyboards, but they are done as a backup for the music and to add atmosphere, which reminds me more of the way NOCTURNUS used them rather than being the main element all the time as some other symphonic Metal bands. But, what will forever pass the test of time is the monstrous riffs contained in here. The passage at 2:46 from the song ‘Forever Rain’, when the vocalist says “Take my soul…” that is one of the best riffs for any Death / Black Metal bands ever created. And the rest of the five songs follow a similar path. Now it is time for people to re-discover this killer piece of Metal, that although 25 years old, it still sounds fresh and deadly. www.facebook.com/shamash-records-103336978152279