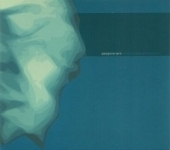 I really have no idea who’s supposed to buy this. I mean, I seriously doubt that these guys are already established enough to release a 2-track only MCD, which is rather expensive and usually just works for a band like METALLICA or something… Furthermore the packaging (even though it comes as a digipak) is ugly as fuck – completely in a bunch of different blue colors and probably more suitable for a strange Pop act than a heavy underground band. Musically you get two rather long tracks of depressive slowmotion Doom with deep grunted deathly vocals. Can’t stand this at all as it’s monotonous and boring and the annoying keyboard (hammond organ?!) gets on my nerves in the same way as the stupid sounds of bubbling water in the second song… In case you consider yourself a fan of SKEPTICISM, you better wait for the next full length instead of wasting money on something like this.