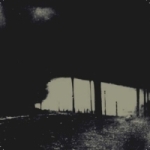 SLIME IN THE CURRENT
Pissed On Resurrectine
(UnderWorld Records)
53:42min

Chad from the US Black Metallers CATHOLICON supports unholy and underground Black Metal the best he can – with all his blackened heart by releasing stuff that one might not otherwise get a hold of that easily. A 3-piece US underground Black Metal act, SLIME IN THE CURRENT, self-released their debut album in 2009, which now has been given a re-release treatment by Chad’s own label, UnderWorld Records. Even if SLIME IN THE CURRENT is often labeled as Black Metal, there’s much more in their Christ-nailing and war glorifying anthems than one might think of at first. Add a fair amount of technical, complex yet even avantgard-ish playing style, spice it all up with deep and oppressive atmospheres and then throw these bastards into a pitch-black Death Metal cauldron – and voila! you might have an idea how SLIME IN THE CURRENT sounds like. This Louisiana-based US band is just much more than your average sounding Black Metal act, having their own treacherous twists and turns that set them apart from the grey masses of Black Metal’s unoriginality for their advantage. Even if the band ain’t afraid of using blast-beats within their constant, somewhat lethally targeted bombardment, fortunately there’s simply much more in their songs structures than those all-mangling blast-beat rolls that ultimately set up a more vicious phase for their murder spree on “Pissed On Resurrectine”. Whenever the speeds are dropped down to the minimum, that’s when the band members start gaining more favorable attention for themselves. At best they definitely are in those slow – more atmospheric and oppressive sounding passages, managing to reveal to true inner beast out from themselves. Due to this, SLIME IN THE CURRENT probably isn’t everyone’s cup of blackest and venomous tea, but so what? I did enjoy this stuff quite a bit – and there’s a slight chance that you might enjoy them as well. www.myspace.com/slimeinthecurrent