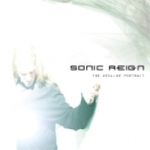 This is SONIC REIGN’s debut-mini with four songs that are the actual recordings plus a song from the upcoming full-length, to be released in 2005 on Supreme Chaos as well. And if I am totally honest I must say that there are albums I’d rather look forward to than the full-length of SONIC REIGN. This mini with just a bit more than half an hour playing-time already bores me to say the least. The first song starts off with some 3rd rate EMPEROR – “Prometheus” – era riffing and is hardly bearable, the second song ‘End Of Rebellion’ (and by far the best) sound like the latest SATYRICON and thus fullfils at least one of the selling points of the label. The third song again is mediocre new school Black Metal, with the fourth song only getting partially better at the end, but this band simply has not the capacity to write songs of ten minutes length. And as the songs itself, the artwork hardly convinces me at all, looking very modern but well-designed as well; and to be harmfully direct: where does the label get the label “Black Metal” from for this band? Just the fact that one member of MENHIR – no offense against them since they are without doubt one of the more serious Pagan bands in Germany – is involved does hardly make SONIC REIGN Black Metal, despite the fact that I cannot understand that the label mentions this as a selling point at all? I mean, come on, Sebastian Schneider is not Frost nor Trym or however?!???!!! People who are very keen in modern-era EMPEROR or SATYRICON might try to check out this mini, and if it is sold as mid-priced mini-CD, it does not hurt much, I assume, since there are obviously releases from certain German labels that are far worse. I am however not sure if I need a release like this one. www.sonicreign.de; www.s-c-r.de