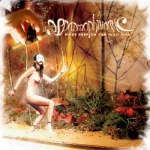 SPASMOPHILIAQUE
First Step On The Wild Side
(self-financed)
33:34min

Well, this is going to be a short one. French based SPASMOPHILIAQUE are presenting their first release ever, the full-length "First Step On The Wild Side". And as much I have sympathies for self-financed releases, this album is one of the most feeble and lame I have been listening for a long time. Progressive Death Metal, so far the band’s self-description. But it seems like the wish was father to that thought. Be it progressive or not, you have to write songs. Bands like CEPHALIC CARNAGE, THE DILLINGER ESCAPE PLAN or CRYPTOPSY are not just putting stop-and-go rhythm-breaks, guitar-solo, grunts, shrieks and blast-beats together just for the end in itself. SPASMOPHILIAQUE are just not able to be progressive. The short playing-time (not necessarily a bad point) is topped by the last five minutes. Silence followed by some ought to be funny song. By no means I can anyone give advice to spent his / her well earned money on this album. Mathcore / Jazzcore or open-minded Grindcore maniacs may have a listen. www.facebook.com/spasmophiliaque