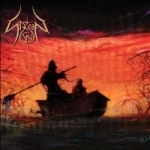 Hailing from Nova Scotia, Canada, this Canadian quintet known as STYGIAN SKY, did take me by quite a surprise indeed. This 4-track demo that they recorded in 2008 already, is actually more than a solid interplay between the band members’ true musical abilities to kick ass as a tight yet talented unit. STYGIAN SKY borrow a thing from here – and a thing from there, then combining into one thick wholeness – and the result ends up being above all my careful expectations really. STYGIAN SKY is sort of hybrid of progressive Thrash and Death Metal, reminding me of quite a few other acts music-wise, but still incorporating something of their very own into the same soup for a good measure. The band’s true working muscles have been built around Cliff Gouthro’s strong grunty vocalism that leads the way to Patrick Mameli’s (PESTILENCE) and Stéphane Picard’s (OBLIVEON, R.I.P.) direction, both Jason Burke’s and Colin Capstick’s very skillful yet tasteful delivery of the guitars – and first and foremost, the whole band’s way to really push hard themselves as far as their songwriting is concerned. ‘Over My Dead Body’ has a nice PESTILENCE (the “Testimony” era) and MORBID ANGEL vibe to it (starts from the 1:22 minute mark), whereas ‘Such Prominent Endeavors’ reveals some of those similar colors by which the Canadian tech Thrashers OBLIVEON eternalized their self-portrait on their underrated 2nd album, titled “Nemesis”. The last song on this very promising offering, ‘Tides Of Consciousness’ has again bits from here and there that tend to remind people of some other already established and known Metal acts around – especially PESTILENCE’s “Testimony” era came to my mind, but also DEMIGOD’s later era (starting from the 2:10 minute mark) – with some creeping, eerie melodies pushing indelibly near to the surface on here. To summarize my overall impression about them, I think STYGIAN SKY have managed to open a kinda big door for themselves by this somewhat excellent demo that allows more people to get know them better. Next logical step for them is just to get signed, and to record their debut full-length album, which they are fully ready for already in my honest opinion. www.myspace.com/stygiansky