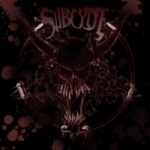 No rest for the poor wickeds… Here I am again, checking in what our lovely western neighbours in Sweden can offer for our curiously burning ears. SUBCYDE – this furious Swedish foursome cleverly combines the grooviness of PANTERA with aggressiveness and heaviness of Thrash Metal (does anyone like TESTAMENT here?), and the result sounds actually pretty darn convincing and entertaining. Somehow I think it’s kinda ironic how much they tend to sound some certain bands that people in general tend to compare them due to the band’s musical influences. Take for example a song called ‘Testament’ off the plate, and one surely ends up noticing how incredibly much they do sound like TESTAMENT. Antonio Ravina (vocals in SUBCYDE) even seems to have some sort of inborn drive to spit his vocals out nearly the same way in this song like Chuck Billy does in TESTAMENT, so you can only imagine how powerful Antonia can really be with his vocal efforts in the songs on SUBCYDE’s self-titled debut album. Also, my hat goes off sincerely for Ola, the 6-string holder of SUBCYDE simply because the guy seems to have enough sharp ears for some truly heavy yet tasteful riffs and rhythm changes in their tunes. He sows wonderfully addictive and catchy riffs all around constantly like that could be the only thing where he knows he’s very good at. And yes, he is – just not a slightest doubt of it. Trying to find some weak spots off SUBCYDE’s album is as difficult as claiming Steve DiGiorgio doesn’t have a clue about any proper bass playing, so for your own curiosity’s sake, just go and try that thing out if you want to. SUBCYDE’s true strength is based on the band’s amazing song writing skills to write some of the most powerful and crushing songs that I’ve got a pleasure to hear for some years. The band is another fine example why the Swedes do dominate and rule the world by their absolutely vast invasion of professional Metal acts, and why we actually need those damn Swedes to satisfy our deepest needs for some absolutely passionately and determinedly churned-out, fine Metal. So, here you are dear folks, SUBCYDE. Enjoy! Band: www.subcyde.com, label: www.lastentertainment.com