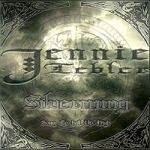 It has now been more than a year since Quorthon passed away and left a gaping hole in the extreme Metal scene that for many of us is far larger than any other. For some the grief and sense of loss has not lessened even a year later. We will never know the full extent of the loss we have suffered. The week before Q passed away he had outlined for me what to expect from the next BATHORY album. The success of the "Nordland" saga and all the positive feedback it brought had shown him another avenue down which he could confidently take BATHORY that I believe would have produced several more classic albums. Now, Jennie Tebler’s bittersweet CD single drives home the point even further. One completely new song is all we have here, but what a statement it is. ‘Silverwing’ is a perfect combination of the sublime and epic Wagnerian Metal of BATHORY’s crowning achievement "Twilight Of The Gods", with the focused and confident bombast of "Nordland’s" heaviest moments. Tebler’s angelic voice is buoyant with emotion and creates a remarkable contrast to the music we might otherwise only hear in KATE BUSH or TOYAH WILCOX – two artists Q admired. And like BUSH and WILCOX, Tebler’s voice sometimes quivers with a haunting emotional quality that is, oddly enough, serenely confident. Lyrically ‘Silverwing’ is one of Q’s finest pieces. Like his songwriting, his lyrics were evolving in directions new and fantastic while still building up that classic Q atmosphere many of us looked to him for. The other track is Tebler singing ‘Song To Hall Up High’, complete with the original "Hammerheart" instrumentation. It must have been agonizing to record in January 2005 – just seven months after Q’s death. Tebler’s heart wrenching liner notes in the Nordic themed Q-designed packaging attempt to put on a brave face amid her grief, but it is clear she knows as well as the rest of us, the loyal Hordes, that this single is one of Metal’s most tragic AND triumphant releases of all time.