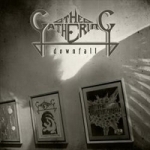 Any fan of THE GATHERING would be hard pressed to find another collection of material that can match the “Downfall” collection in detail. All of the crucial songs that comprised the early architecture of THE GATHERING are here, including the 1992 promo, a 1990 rehearsal, an unreleased EP, the 1990 demo “An Imaginary Symphony” and six live tracks taken from performances between 1990 and 1993; all remastered by Mike Wead of KING DIAMOND. If this weren’t enough already, the discs also come with rare pictures and 7 more unreleased tracks. This band has experienced changes somewhat akin to the transformations bands like ATROCITY, AMORPHIS, THERION and PARADISE LOST underwent during their careers. In THE GATHERING’s case, the change was not as stark for even in their humble beginnings, they displayed an inclination towards more ethereal, gothic sounds a bit like KATATONIA. Inbetween these shades of things to come, however, are heavy Death Metal riffs. But, perhaps even more indicative of further progressions is the vocal style; a clear, yet nervous singing reminiscent of BAUHAUS. Once again, THE GATHERING didn’t have all that far to go before becoming what they are now, but the journey is still an interesting one and may be relived again and again with this set. www.gathering.nl, www.myspace.com/gatheringofficial, www.vicrecords.com