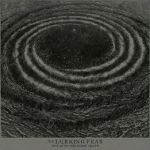 THE LURKING FEAR
Out Of The Voiceless Grave
(Century Media Records)
42:13min

Here’s three things to think about while listening to THE LURKING FEAR’s first full-length… Gothenburg, Tomas Lindberg (vocals) and Adrian Erlandsson (drums). The two members of AT THE GATES are also accompanied by Fredrik Wallenburg (guitars, SKITSYSTEM) and Jonas Stålhammar (guitars, GOD MACABRE / BOMB OF HADES) and Andreas "Dread" Axelsson (bass, DISFEAR / TORMENTED). There’s a certain excellence we expect from anything Mr. Lindberg is associated with. And the new album "Out Of The Voiceless Grave" continues the journey with a desecration of unholy terror revolving around Lovecraftian themes, as their band name implies. ‘Out Of The Voiceless Grave’, the first track, is a symphonic intro settling us in before ‘Vortex Spawn’ makes our ears bleed with riveting guitars, throbbing drums and vocals that pierce our soul. ‘The Starving Gods Of Old’ throws a mounding heap of decay into the mix. Lovecraft would be proud. In a genre swarming with his influence, it’s difficult for some bands to keep the concept fresh. But THE LURKING FEAR rise to the challenge and present us with fresh, blood-thirsty tracks full of energy and chaotic themes. The fourth track ‘The Infernal Dread’ is a boot-stomping, putrid amalgamation of angst and glorious fury. ‘With Death Engraved In Their Bones’ is a charging battalion with lightning-speed guitars and drums. And try to stay still with ‘Upon Black Winds’. I challenge you. ‘Teeth Of The Dark Plains’ rams its bloody fist up your arse before you’re sucker-punched by the overlord itself. ‘Tongued with Fowl Flames’ will bowl you over with a rapid hellstorm of finger-bleeding guitar work and steady drumming. The band works its thunderous way to the final track, ‘Beneath Menacing Sands’ without letting us come up for air. "Out Of The Voiceless Grave" is a furious beast of an album that is near impossible to let slide through the cracks. If you like your Metal down, dirty and rotten to the core, then THE LURKING FEAR will creep into your bedroom at night and violate you in the most barbaric, yet satisfying way. For more information, check out www.facebook.com/thelurkingfearofficial, www.centurymedia.com