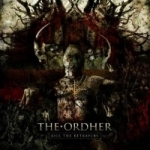 Their former “Weaponize” had its moments, yet felt a bit unfinished at times. “Kill The Betrayers” is a thorough package where all you want and all you need is to see your enemies killed. It’s brutal from beginning to end, both when the four horsemen haunt the band or when they actually get some time to catch their breath. Yes, it’s not fast all the time. But it’s definitely riffing, just as Death Metal should be. And the vocals of Fabio Lentino surely do not stand back compared to the masters of the genre. However, despite the albums strong forces it feels a bit too sterile at time. Sure I do like the clear production and the heavy sound, but my Death Metal mostly goes online with me when the production is a bit dirtier, especially since there not too much behind the obvious curtain of guitars, drums and vocals. It’s not enough to play a couple of slower tracks to make an album dynamic. I think “Kill The Betrayers” will get nods and headbanging from those of you who prefer your Death Metal done the Polish way. You know, flawless execution, crystal clear production and excellent musicianship. Personally I’d like more dynamics and experimentation, aside from the vocal effects on a couple of tracks. Great cover! www.theordher.com, www.uniqueleader.com