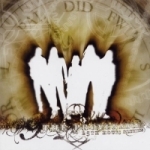 Definitely one of my favourite albums in 2001! I can whole-heartedly say this because there was enough time to listen to this debut album over and over again. How come? “The Stupid One” (as he called himself – no revolution down in the pit – yet!) Frank mistakenly erased this review and so had I. Therefore I have to write this once again, poor me! But unlike many other CDs I reviewed in the past, “25th Hour; Bleeding” is still blocking my CD player anyway, so this gives you a hint that I’m not telling tales. These Swedes don’t sound like anybody else. Sometimes I think of IN FLAMES, sometimes of THE GATHERING (both esp. because of the vocals), then the flute brings magic like PSYCHOTIC WALTZ but still this sounds both natural and unique. Let me give you a general idea: THE PROVENANCE sound a bit like (slow/mid-speed) IN FLAMES meets a heavy sort of 70s progressive rock plus some MY DYING BRIDE. Fragile piano parts or heavy Hammond sounds are going to take you on a journey and I’m pretty sure you won’t like to come back after only 45 minutes. Special tip: repeat button! Consequently, the breath-taking opener ‘Deluded Into Delirium’, ‘For Whom I Bleed’ or the fantastic title track will steal your mind one again and you’ll catch yourself smiling foolishly. Only one point of criticism: the production could be better, but it’s okay, no reason not to go for this one! These guys have the potential to become BIG with a good promotion and if YOU check them out, I’m pretty sure you’re not going to regret it!