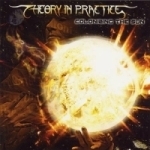 Virtuosity is the key word to adequately describe what is going on throughout this album, the third of these Swedish masters of techno Death / Thrash. But saying that, I would give the wrong impression, because even if the TIP music is for sure technical, it can’t be reduced to a sterile and boring demonstration of great skills, far from that. Since “The Armageddon Theories” the band (a four piece again) had considerably stripped down the over-complexity factor in favor of a more to the point approach of structuring their songs. Obviously, the playing abilities of this outfit is still stellar, and numerous time signature changes can be heard on “Colonizing The Sun”, but this is the melodic factor that is emphasized here. Allow me this rather strange statement: if Yngwie Malmsteen should have laid down Death Metal tracks, he would have certainly composed them the way TIP does. Yes, you can even found traces of neo-classical soloing on “Colonizing The Sun”, and the result sounds extremely original and fresh; some guitar / keyboards duels are very reminiscent of those Malmsteen / Johansson are renowned for. But rest assured “Colonizing The Sun” flow at frantic speed, I would call their music speed Death Metal now. It seems Peter Lake and Henrik Ohlsson have kept in mind what they did with their side-project MUTANT (scandalously overlooked, check this too, on the same label) while arranging the songs for “Colonizing The Sun”. Lyrically wise, the band deal with conspiracy theories, sci-fi and occult themes; unfortunately I don’t have the lyrics, but I think that such titles as ‘The Clockwork That Counts Aeons’, ‘Illuminati’ and ‘Conspiracy In Cloning’ are eloquent enough. If you miss (like me) the peculiar mood found on AT THE GATES “With Fear I Kiss The Burning Darkness”, you certainly have a winner here. I think I made very clear this album is an essential item for your collection, and I can say right now it is one of the five top albums of the year 2002, even if we are only in February. THEORY IN PRACTICE are for real, so listen to them and let your mind being colonized!