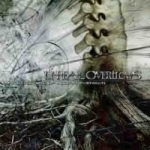 Finally, after a lot of work preparing and recording their first full length album, these four guys from Pontevedra (Galicia, Spain), including an ex-member of ABSORBED (cult old Spanish technical Death Metal band that released a demo on Drowned Productions and a split together with UNNATURAL and DISMAL), unleash the perfect continuation to their previous 2003 demo here, which surprised quite some people. And this one won’t disappoint again either I think, as they have released eleven tracks of highly technical Death Metal with a lot of melody. I don’t think I’m exaggerating if I say this is one of the best tech’ Death records that have been released for quite some time, together with the last NEGLECTED FIELDS CD! For sure it’s easy to find some resemblances with the fathers of the style, ATHEIST and CYNIC (not so much with DEATH), but they don’t stop at that point (as a lot of bands) and know how to mix it with a lot of other influences, especially Swedish melodic Death Metal, as melody has a big place here too. Perhaps this is one of the points I don’t like so much on this recording, but it only happens in some parts who are really melodic, as the majority of the riffs on this album were done by the hands of a genious. Listen to the beginning of ‘Unexpected Dimensions’, an instrumental track that perfectly resumes how greatly inspired musicians these guys are. On the vocal side the influence is quite clear, nobody else than Jeff Walker, from the godly CARCASS; when you hear the singer, Zoilo, you could believe you are listening to the gods from Liverpool. The album was recorded at the Spacelab Studios in Germany, where bands like ANCIENT RITES, DANSE MACABRE, WOLVERINE, AVULSED, LIAR OF GOLGOTHA or MISTWEAVER recorded some albums, and I can only say it sounds great, perhaps a bit too digital for my taste (just like the majority of recordings do that were done there, that I’ve listened to), but clear, powerful and cutting like a razor. This is not for the ones searching an old school sound and simple riffs, this is high-tech Death Metal, but it is worth a listen (or even two). www.xtreemmusic.com