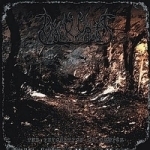 Probably you know the little ritual, thinking about the most impressive record of a gone by year. Of course I did so on December, 31st, too. For the year 2007 it was quite easy even though the last year offered a lot of brilliant records. My personal favourite is the debut (!!!) album of VALKYRJA, a young band hailing from Sweden. Regarding their compositions on "The Invocation Of Demise" VALKYRJA easily venture into the highest ranks of Swedish Black Metal. Judging the photographs of each VALKYRJA member they are seemingly in the very early twenties, if at all. The more fascinating is the fact that they come up with such a marvellous and deadly release. This album contains everything that is obligatory for a timeless Black Metal classic as they come up with e.g. freezing guitar riffs entailing epic and majestic melodies that send shivers up and down your spine. Tight playing abilities are combined with excellent musical and song writing skills leading into memorable compositions. Additionally everything is completed with utterly raw energy. Although VALKYRJA are heading forward with merciless blasting speed most of the time their compositions are enriched with several tempo changes, breaks and hypnotic midtempo passages. The first out of nine compositions is a short introduction starting with percussions and a march like rhythm supported by thrilling guitar harmonies becoming more and more dominant. The tension of what will come rises within every moment and finally explodes into the first blast section of the second song ‘As Everything Rupture’. From the very first tune on VALKYRJA show what will become their trademark on the whole longplayer: the perfect combination of epic melody lines and the raging rhythm section. Several variations in tempo and themes occur in the further course and suddenly five minutes are gone resp. the song is over. One of the recurrent themes in this song let reminds me in its power on the thrust of an accelerating jet engine. Especially after the long and very effectively placed break in the middle of the song. Next tune (‘Plaque Death’) is again a successful conglomerate out of the aforementioned ingredients. Despite all the melodic guitar riffs VALKYRJA never loose the harsh and frosty tone. A short acoustic guitar interlude enchants in the second half of this song before VALKYRJA strike so mercilessly back with such an inhuman ferocious blast, it makes your heart and brain crumble. The fourth composition ‘The Vigil’ breaks with the previous formula and develops into a hypnotizing midtempo hymn. With rising thrill it heads towards the climax at the songs end, a real heartrending guitar solo. The harmonic the previous ending is, the more remorseless blasts ‘Twilight Revelation’ on for the next two minutes. No prisoners. With the sixth tune called ‘On Stillborn Wings’ VALKYRJA perform a short instrumental that prepares for ‘Sinister Obsession’, with nearly nine minutes the longest track on the album. Both start with short atmospheric acoustic guitar passages before the distorted guitars fade in. The latter furthermore reveals once again VALKYRJA’s trademarks at its best, adding a certain dramatic atmosphere of yearning. The same goes out for the two remaining tracks ‘Purification And Demise’ and ‘Frostland’, each of them coming across on the same high level as the revious songs. Production wise many bands are far behind the speakers seeming to lurk deep within the forest or to march through abyssal valleys, just to create a certain feeling. Not so VALKYRJA: instead their instruments are so much upfront that they literally already stabbed your heart before you even really noticed them. Everything was perfectly set on stage in Necromorbus Studio (e.g. ARMAGEDDA, FUNERAL MIST, WATAIN) by Tore Stjerna. If you did not know it better, you would think of a famous Unisound Studio production from the early nineties and not of a current release. Just brilliant. Razor sharp guitars and a roaring bass guitar merge with furious hart hitting snare attacks and a real double bass thunderstorm. Hateful vocals reminding on the poisonous organ of WATAIN’s Erik complete the whole scenery. The percussions are mixed quite upfront in the overall sound, therefore it might last a bit longer for some ears to get used to it. I personally adore this kind of sound for its uncompromising manner (by the way I also deeply adore the style of drumming). VALKYRJA neither reinvent the melodic Swedish Black Metal nor are they the most original act around. Instead of they come up with might and their debut possesses real class. Whereas the originators already past away or are just a mere shadow of their own glorious past VALKYRJA offer fresh blood and enthusiasm. Their debut album catapults you back in time to the years of 1993 -1996 where several timeless classics emerged from the Swedish swamps through labels as e.g. No Fashion Records. "The Invocation Of Demise" delivers the same high quality as masterpieces like VINTERLAND’s "Welcome My Last Chapter", DISSECTION’s "The Somberlain" and "Storm Of The Light’s Bane", MARDUK’s "Opus Nocturne", SETHERIAL’s "Nord" or newer ones like WATAIN’s "Casus Luciferi". Although I listened to this jewel over and over again, I am still very enthusiastic and filled up with pure energy each time I enjoy it. My deepest gratitude goes out for VALKYRJA for delivering such a brilliant release. If you cannot find "The Invocation Of Demise", you may get it here: www.northern-silence.de.