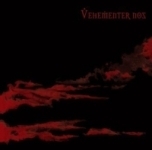 When I first listened to this album, I couldn’t believe what I was hearing; finally a band who has relieved one of the best bands out of France in the 90s, in my opinion, which is FORBIDDEN SITE. So, for the ones who worship that band just like me, you know what to expect here; for the others, this is some sort of Dark / Black Metal with a high melancholical feeling (this is the key word in fact), cold and agonical, even desperate in some moments, and, for sure, sung in French, which is a great language when you have to write about pains of the soul and the miserys of humanity. Musically speaking, they alternate really fast passages (the drummer is just great) with acoustic and atmospheric parts and classical influences, even doomy or gloomy ones sometimes, and they have used some more instruments than the usual ones here, like violin, cello or flute, without forgiving the great classical guitar passages, so the variety is quite present. Alltogether, it could be labeled as “avantgarde”, a word often used but not always with the right bands I think. In this case, these five songs capture the essence of that meaning, taking the harshness of Black Metal and mixing it with those classical and atmospheric or dark influences, and creating something original and interesting and every new listening (I know what I say when I’ve listened to this album like twenty times before writing this), with a lot of different variations and feelings. We already knew that the French Black Metal scene was at the top these last times, but here you have a new proof of it. Perhaps it’s not the best album out of that country, but sincerely, it is quite impressive for a first effort without any other recording before. www.osmoseproductions.com