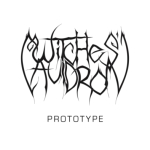 Some new hopefuls are here. WITCHES’ CHAULDRON from my (and Frank’s) cosy little hometown Bremen are a young quartet, that started as a mere coverband in 2010, but soon began to write some own material. After a few line-up changes they went to record and release three of them as a demo for those who want to hear. And I want to hear! Beginning with a short intro, the four piece starts off with ‘Slaves To Obsession’. This opening track reminds of earlier IN FLAMES stuff, especially the way of riffing and creating guitar harmonies. It’s a rather short song with an unexpected ending. Then ‘Annihilation’ proves the deep admiration the band shows for AMON AMARTH, a band they like to cover at live shows. But these grooving influences are spiced with ingredients from Gothenburg that keep the song quite thrilling. The title giving ‘Prototype’ convinces with Thrash Metal influences, but as far as the melody lines are concerned, again the Gothenburg school left a few marks, especially in the chorus. To me, this one is the highlight here. Of course it’s not all gold that glitters. The sound could be more organic, some breaks sound a little forced, but keep in mind that this is debut… If you want to support a bunch of young hopefuls, visit them at: www.witchescauldron.de, where you can download this demo for free, or: www.facebook.com/witchescauldron.hb