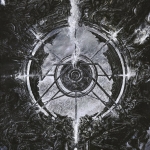 Beware! The sounds of Cosmic Death will shake and rattle you to the very core! ZOM are practitioners of Cosmic Death Metal, a sub-genre that is very mysterious to me but I find more and more appealing. They claim to wander the antimatter universe, but the connection to it runs via the dirty underbelly of Dublin. "Flesh Assimilation" consists of 8 tracks and right from the very first sounds you are about to be dragged bleeding into the dark fucking abyss of unbearable misery and chaos. ZOM don’t follow any tried and tested formulas here, this entity transforms the murky old school riffs into their own twisted aural abominations. And the roots reach way back and down deep – HELLHAMMER, DISCHARGE, NECROPHAGIA – those are the foundations on which ZOM construct their compostions adding to them filthy layers of DISHARGE influenced Punk and frosty blackness of BEHERIT. The result is a trance inducing black mass ritual of Death!! Unique sound sets them apart from the countless others, I mean, the riffs are sometimes dissonant sounding and cold, but always discerning, the vocals are mixed down and mainly procure obscure low pitched screams with lots of echo and reverb. It reminds me of PROPHECY OF DOOM, a very underrated band from the 90s, whereas the song structures seem chaotic in that they don’t follow usual verse-chorus-bridge pattern, but rather take you on a trip with unusual twists adding to the whole unpredictability of the experience. The guitar’s tone is crunchy and fuzzy, the bass is distorted as fuck and the pounding drums make up the whole nasty package, spewing out rotten riffs lifted from the oozing swamps of AUTOPSY along with mid-paced to slow and the hellishly fast thrashing vomits à la SARCOFAGO or early SLAYER. As you can see I keep comparing them with all those different bands, but ZOM stirs up their own sludgy stew and this multidimensional aural ritual sounds damn original!! I can’t keep getting enough of this and so should you!! Heavily recommended and one of the most original albums of 2015!! More info and music can be found here: www.facebook.com/pages/zom/195971213790266, www.darkdescentrecords.com