Interviews with PROFANATICA are rare and pretty hard to find these days as bandleader Paul Ledney is simply not into doing them at all. We experienced this attitude ourselves when we contacted him way back in October of 2007 about the possiblity of a fresh PROFANATICA feature… Even though he surprisingly agreed on doing it, he also told us not to come up with too many questions. Well, we figured that we could live with that and sent over only a small number of ’em… And then there was silence… Tons of emails and reminders followed until we finally could offer you the following result… Not really the best interview in the world, yet a small sign of life from one of the coolest grim Black Metal acts out of the US…


Greetings Paul… hope you’re doing fine and you’re in the right mood to do a long overdue, fresh interview for VOICES FROM THE DARKSIDE?! I was actually quite surprised to see a new PROFANATICA album being released as I always thought that the band didn’t exist any longer. I mean, you’re running your own company these days and from what you mentioned to me before already it seems that you’re doing fine with it… So, do you have enough time to focus on PROFANATICA as well? Do your employees know about the band? 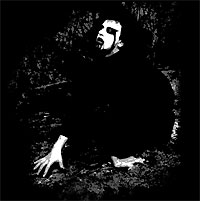 "Yes, the employees all know about the band. No sense in hiding it anymore. It’s a different time now. I keep a notepad with me at all times to write down ideas during the day. Of course as with any band you’re thinking about it non stop."

In the credits of the "Profanatitas De Domonatia" CD you are mentioned for the coverartwork as well, so do you also create artwork these days? Have you worked for other bands as well already? Tell us a bit more about it…
"I like to do artwork for the young bands to help them out for cheap. I’m not the best at it, but poeple seem to like my work, so it’s cool. Sometimes people ask me, and sometimes I offer to them."

If you compare your new album to your old releases the production of the new one is a bit strange at first… What did you change? Did it happen on purpose or was it pure coincidence?
"It happened on purpose. That was the sound we were trying to get all these years. More of a thick INCANTATION feel to it. PROFANATICA has not changed our style / ideas since 1990, unlike other bands. I’ll make a special list at the end of the interview of bands that have changed. It’s a shame to read but its all true." 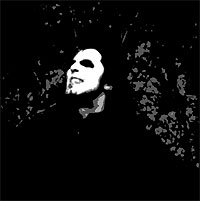 Apart from the album, there’s already been a couple of other PROFANATICA releases in the last couple of years. Were they all official? Give us a little rundown on the stuff here…
"All official. When the time is right we strike. Many things have to come into play to make it right. Otherwise we would just be pumping out shit like so many other bands do these days. A Black Metal band with 14 full CDs out is stupid in my opionion, and unnessesary."

For about a year or so you played with John McEntee in INCANTATION before you decided to move on and form PROFANATICA… What was the reason for that?
"John wanted to work harder than I did. That’s it in a nutshell. I wanted more of a part time thing, and he wanted balls out everything. As you can see McEntee is still working hard making things happen."

Pretty quickly you released two demos ("Putrescence Of…" and "Broken Throne of Christ") that created a lot of interest in the underground… When did you write those songs? Was it all brandnew stuff at the time or did you re-work old ideas from the TOTEN and / or INCANTATION days here? 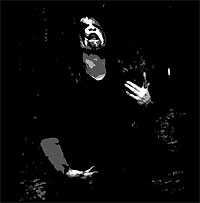 "We re-worked old ideas just to get a start. Then we cleaned all the parts up, and recorded the first demo. We did a 2nd demo right away because we wanted something more raw, like the NECROVORE demo."

Why was your guitarist Brett unable to participate in the recording of your second demo?
"Gelso and Brett were always in and out of the band. Sometimes one of them, and sometimes both. They thought the grass was always greener on the other side of the fence. While PROFANATICA was going on they both did horrible Heavy Rock projects (seperately) hoping they would take off. Both of them are sorry they didn’t just stick with PROFANATICA ."

After World Records then stepped into the picture and released the "Weeping In Heaven" 7"… What can you tell us about the material featured on that EP and was the deal for a 7" only?
"The deal was for a 7" only. Jason called me and said let’s do it. We were very surprised that someone wanted to work with us. Locally (New York) we got no support at all. Everyone who had a band was asked to play New York shows but us. We were left off on purpose. Even when a friend of ours passed away there was a benefit show for her. Again no PROFANATICA. Anyway me and a close friend flew out to Michigan to make sure the 7" was going to be completed on time. There was a huge delay with the printing of the covers."

Next came the split album with Colombia’s MASACRE on Osmose Productions… Originally it was supposed to be another EP, so were you happy about the change of format? What’s your opinion about MASACRE? 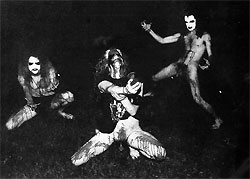 "I like the Florida MASSACRE… the other one does not fit with us. I wanted to cancel the EP when I found out it was going to be a split. We would talk and fight for weeks over the phone, until I finally gave in and said ok to Osmose. The other guys kept telling me to calm down, and let it just come out. I thought we deserved special treatment, and Osmose should have put all of their money into PROFANATICA, for promotion, etc. PROFANATICA has always been a special band. Not touring, and recording 15 full length CDs. Take a look at what happened to the Osmose bands, and how they sound."

Before you entered the studio to record your debut full length album "Sodomy Of Sacred Assholes" you had to face some line-up problems… what happened? Was it difficult to find replacements so quick?
"Up until 1996 it was always hard to find people to play, now it’s easy. Our songs are very simple in structure so anyone can really play them. The trick is to play them aggressive like Gelso does."

There’s various stories circulating, so what really happened to the recordings of that particular album that it never got released?
"Aragon and Robert from demoncy erased it using a large magnet at the studio when I left early one night. That one I’m positive of. They both admited it on seperate ocasions. The drums were done in 1 take in 1 night. After that the guitars were very sloppy, and I kept having them re-do it. Keep in mind we are not RUSH. This shit is very easy, and anyone knows me knows I’m more lazy than picky in the studio. The shit was so off time I couldn’t believe it. I was giving those guys a hard time about the parts. Now it’s going on 2 weeks and the guitar tracks were not finished. I was furious. Herve kept calling us asking where the hell the master is. I gave those guys a deadline and I guess they didn’t like it so they destroyed it. I was drinking quite heavy at the time and was probably acting like an asshole, but that hardly warrents erasing what could have been the best Black Metal disc ever." 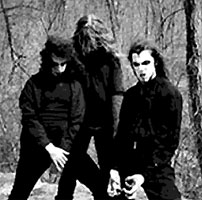 Was that the reason why PROFANATICA ceased to exist at the time? When and why did you start up HAVOHEJ instead? I mean, most of the material that got released was from PROFANATICA anyway, wasn’t it?
"After the reels were erased, the producer was pleading with me about getting fill in people to re-record it. I just couldn’t put that much energy into it again, so I just let it die. There was a rough mix without bass that was saved. A few of those tracks can be heard on the "Enemy Of Virtue" double disc on Hells Headbangers."

Do you continue on with both bands now or is HAVOHEJ history again?
"Yes. Both bands are in full effect now and sound nothing like each other. There’s a brand new havohej 10" out as I write this, and another one on the way."

Ok Paul, that’s about it. Thanx for your time and all the best. If there’s anything else you’d like to add, feel free to do so now… Cheers!
"Thanks for letting me take my time with this. I hate doing interviews as much as I hate playing live shows. Our label is Hells Headbangers who have been more than great to us in every way possible. PROFANATICA will headline the "Sacrifice Of The Nazarene Child Fest # 9" in Texas this summer. Still plenty of time to get airfare tickets for the event. This is going to be PROFANATICA’s sickest show ever. That I promise you. Blackest fucking hails, mas Paul."