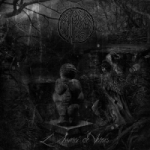 The assassin of love, eh? Great title. Too bad the music and overall style of Metal this band displays doesn’t match up to the album’s name. ATMAN as you may have surmised is Black Metal, and unfortunately ATMAN are as well a very unimpressive bunch of players of this begotten style. “L’Assassi De Venus” is the band’s fourth recorded LP that contain six songs of relentless sameness and tediousness, that soon shall be released on 180gram gatefold vinyl for those that care. However, what is ultimately more fascinating about this act than their music by far is the fact they are from Spain and have a East Indian / Hindu religious meaning as the moniker of their name. Bizarre don’t you think? A bit more research reveals that an ATMAN is “one of the most basic concepts in the Hindu philosophy, describing that eternal core of the personality that survives after death and that transmigrates to a new life or is released from the bonds of existence.” Moreover an “ATMAN is Brahman itself, the very self that descends down into the elements of nature through self-projection. This dual conception, Brahman and ATMAN, this single, unitary divinity has several aspects and names in the Upanishads, one of the most important of which is ATMAN, a word that originally meant “breath” or “soul” or “vital principle” (as the word “Atmen” does in German). As a cosmological principle or deity, ATMAN seems to be something like “universal soul” or “universal spirit.” In the Brihad-Aranyaka Upanishad, ATMAN is explicitly called a person that created the universe by first splitting himself into male and female halves. In the Chandogya Upanishad, this single god is called Brahman, and is “the One without a second”; this Brahman is not only the principle and creator of all there is, but is also fully present within each individual.” Trippy, huh? Sounds like someone went to University! Contact: vinyl@ishtadeva.com or P.O. Box 76, L’Hospitalet de Llobregat, Catalonia, Spain