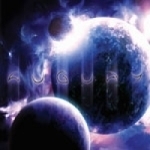 It happened that the promo of this record reached me in a time when I felt discouraged before the current state of the whole Death Metal genre, so I delayed the review of this for months. Finding recently the strength to give this CD a spin, I realized that I made an error by not having listened to it sooner. I am aware of a favourable buzz surrounding this first full length by this outfit from the Québec province, and I can easily understand why, so much the music offered here imposes itself as fresh and captivating. Indeed AUGURY tried hard to come up with something special, without falling into the trap of sterile experimentation. I clearly see (hear, to be more precise) that AUGURY come from the school that gave us class acts like DEATH and ATHEIST before, that said, don’t be led to the conclusion that the band have adopted the twisted song writing of the aforementioned acts. It is simply AUGURY have added a lot of subtleties in their music, some of them working, some others not. The level of drama is pretty high on this disc; I mean, you feel a certain sense of mystery running through the record, giving the music a vast scope; sometimes, AUGURY even made me think of “Lunar Strain” – era IN FLAMES  in that regard. What doesn’t work too much here is the strategy favoured when it comes to the sharing of vocal styles: on “Concealed” you can indeed hear no less than five of them. Guitarist Patrick Loisel adopts the typical Death Metal growls most of the time combining them with Black Metal shrieks. It is when he sings with a clear voice than the things worsen (to me at least) because then he made me think of James Hetfield (and I hate Hetfield’s voice). Also the band asked for the services of a female vocalist, a good idea in this case, except when she feels compelled to adopt the soprano mode, it turned me off the first time I listened to the disc (and partly explains why I was not in a hurry to review it), even if these vocals grew on me after a while. AUGURY chose to gather the most progressive of their material at the end of the album, with lots of beautiful acoustic passages (‘The Lair Of Purity’ with its over 7 minutes running time, presents a sure flair of Swedish Melodic Death Metal in the grand tradition of the style). Al in all, “Concealed” is a superb effort indeed, despite the minor flaws I subjectively signalled above. A refreshing experience, Death Metal with a lot of class! www.augurymetal.com.