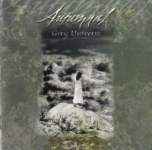 AUTUMNAL was formed in 1996, a year when Doom Metal in the vein of ANATHEMA and MY DYING BRIDE already reached its zenith. Nevertheless, now in 2007 a band exists that still plays this kind of Doom Metal with a lot of Death Metal influences. And to be honest, would this album have been released in 1993-94 this would have left a mark within the scene, for sure. Nowadays, this album is really an alternation for my 08/15 Black Metal-irritable ears. After four demos between 1998 and 2003, AUTMNAL now can unleash their debut album unto the world. “Grey Universe” creates the sorrowful, melancholic and pitiful moments that almost only old Doom Metal can transmit. A huge contribution to the melancholically sounding of the band is the use of the cello. It plays a quite huge role in the music of AUTUMNAL and is played very-well. 6 songs in total are featured and should be a please for fans of the older recordings of above mentioned bands. www.xtreemmusic.com