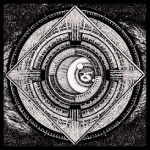 I’ve never been attached to Black Metal in general. I remember back in 1999 I was listening pretty much to every genre related to Metal and the lesser one I payed attention to was in fact Black Metal. Apart from the melodic Black Metal acts from Sweden, that ruled the mid 90s and the mighty DARKTHRONE I was skipping everything that had the “black” tag over it (music, art, etc.). I think my tastes haven’t changed that much in the last 16 years, and while now I listen to Black Metal in other genres and appreciate the mix I still find myself struggling and suffering of those black elements of the music I listen. However, I’ve also learned to separate what’s good and bad (at least to my ears) and give the opportunity to those things I don’t enjoy too much, looking for something that might be added that will grab my attention. This year I’ve heard some interesting Black Metal offerings from bands trying to break the rules of the “basic” Black Metal trademark elements, from the mighty MGLA, ABYSSAL, LEVIATHAN, DEATH KARMA, etc. And in previous years, some amazing releases by DEATHSPELL OMEGA, BLUT AUS NORD, etc. I’ve heard news about AWE during the first quarter of the year when Pulverised Records announced the signing of the band and at the same time AWE was promoting the split release with END and VACANTFIELD. The first thing that caught my attention was the fact that their names were kept in secret, just knowing that all of them have played in other well known bands from Greece, and then I saw the cover art used for their split and the ideas they had for the cover of their first full length album and I knew right away this band was beyond the traditional Black Metal umbrella. Now, before the end of the year “Providentia” was released without major advertising, and let me tell you, what a magnificent album it is. Here we are dealing with 3 key elements that might scare some listeners but might be interesting for some others. 1. The album is split into 3 songs with a total playing time of 51 minutes (meaning you have 20 minutes songs and the short song is 15 minutes long). 2. The production is right in the middle of a bright polished record and a raw in your face wall of sound, making it a bit challenging to listen to and digest all of it at once. 3. The song structures are going from Black Metal to some Sludge, Doom, Ambient sections that will probably hit you hard if you are not used to those kind of experimental progressions. Now, let’s talk about the music trapped inside this record. AWE (like I said before) is far from your regular Black Metal band, in fact they have more in common with BELL WITCH, DEATHSPELL OMEGA and MGLA than with GORGOROTH, MAYHEM, etc. So this band play long songs with a twisted melody and creepy Black Metal structures full of a hunting aura. The early ROTTING CHRIST comparison is also undeniable; I hear some traces of blasting drums with guitar tremolos in the vein of “Thy Mighty Contract”. The thing I liked the most is how the band doesn’t stick to the “obscure” pattern and even add some slight Punk drumming in between the blasting parts, and the highlight of the record is without a single doubt the guitar and bass which go from rapid tremolo fire to clean jazzy sections that will pull you down for a bit and then slam your ears with a down tuned mid-tempo section full of melodies. So bottom line if you like DEATHSPELL OMEGA, LEVIATHAN, BELL WITCH, ABYSSAL and those bands breaking the rules of the genre paved by the Norwegian scene since the 80s, check AWE and listen to some fresh obscure Metal that is equally challenging and yet pleasant to listen to. You can get more info and buy the record at www.facebook.com/aweprovidentia, www.facebook.com/pulverisedrecords