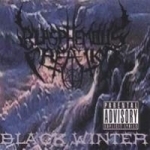 Without argument this is the best demo that I have received this year, 2008! Amazing Germanic Speed / Thrash that doesn’t sound at all forced or mixed with any pretentious ’80s cheese, those of you in the Ohio and Southern California scenes know what I am talking about (all the teen-age high top commandos in ANTHRAX shirts). This instead is the real deal, or as close to it as you’re gonna get and actually accept from an American bunch! And for any of you narrow-minded critics out there who read these words and do decide to take the first step into hearing this band for yourself, be sure to know you’ll be pleasantly surprised in the level of sincerity and sickness brought forth from this Reno, Nevada horde. Money indeed well spent for 7 hymns of intense Metal that your hard earned dollars will get you. As $8 bucks is indeed a small price to pay for conviction, quality and honestly some of the best Metal that you could only hope to hear from a relative newcomer – who makes DEKAPITATOR sound like MELIAH RAGE! This demo disc features several audio assaults that just simply kill, song after song, and in my opinion prove to me that yes there are those still left in our country who want more from Metal, want better, take pride in what they do and who will strive at all costs to make this type of craftmanship happen. “Black Winter” is what has been missing in the American Metal scene in the last decade, bar none! Titles include: ‘Lake Of Fire’, ‘Ripped In Half’, ‘Black Winter’, ‘Realm Of Pain’, ‘Your Death Is, My Command’ and ‘Necromancer’. Band logo by Christophe Szpajdel. Contact: iwilsonr@yahoo.com or Isaac Wilson 634 S. Center St., Reno, NV 89501 USA or www.myspace.com/blasphemouscreation