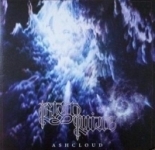 I was quite surprised when I held BLOT MINE’s second album in my hands because I thought this would never happen. This first class Swedish Black Metal outfit was founded by some ex – SETHERIAL members back in 1995 and released a real impressive demo tape one year later. Finally the band was able to unleash their debut album upon the dark souls out there in 1999 but unfortunately “Porphyrogenesis” turned out a little bit mediocre. When you consider the incredible songwriting abilities of this squad this one was a small disappointment. So I thought this Swedish Hellsquad already split up but luckily they are back with a vengeance. “Ashcloud” is a killer of an album for people who are into fast, brutal yet melodic Black Metal. The new material can be compared to bands like MARDUK, DARK FUNERAL but especially to old SETHERIAL (imagine their “Nord” album without keyboards). This comparison is just a hint as this horde has its own unique identity and way how to write songs (which many outfits out there will be never able to achieve). The melodies are cold and eerie, the riffing is brillant and the rhythm section crushes everything. Six of the eight tracks are played at incredible speed, highlighted by impressive breaks and slow downs. ‘Right Of Way’ is a kind of very slow, creepy song with a haunting atmosphere and eerie melodies. Just the last song ‘Bolted Down (And Dying)’ is superfluous I think (a kind of atmospheric instrumental outro) but that’s just a matter of taste I guess. The sound quality is perfect, powerful and like a slap in your face. The production was done by Tommy Tägtgren in the mighty Abyss Studios which is a trademark for professional and high quality recordings. I can highly recommend this item here so don’t hesitate to get in touch either with the label at www.metalfortress.com or the band itself at www.blotmine.com