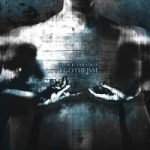 Concept albums are always cool to check out, especially if a subject matter in them is focused on some exciting, mind-teasing topics. The concept albums, however, ain’t that easy to make after all as one might think at first; it takes lotsa time and nerves to come up with a nicely yet smartly flowing concept album. "Egotheism" by the Finnish progressive Death Metallers CLOCK PARADOX, is about a psychopath’s views on himself, other people and life in general in a diary-esque fashion. Doesn’t even this somewhat tasty theme temp you a bit to check out what these Finns might truly be all about on their debut? No reason to be that skeptical anymore: "Egotheism" is a depressive and dark-flavored progressive Death Metal record that has lots of depths and is full of different layers and atmospheres in it – piled up upon each other, that carry this album into a hardcore type of hot spot of all progressive Death Metal diggers. Every single detail on "Egotheism" seems to be carefully thought out – like the guys have seriously gone out for being on the hunt for some sort of well justified perfection for their debut album. The best thing about "Egotheism", however, is its full-frontal creepy and lurking dark-ish vibe that the Finnish lads have managed to squeeze into their songs, really revealing something out of the morbid mind of a psychopath. A very good example out of this must be a song called ‘Cleansing Self’, in which one can hear some psychopath whispering to himself, raising every hair up on you neck. Just for CLOCK PARADOX’s debut full-length, "Egotheism" is quite a powerful grand opening for them indeed, providing some of the most enjoyable elements of progressive Death Metal in general. Definitely worth a listen. www.clockparadoxband.com, label: www.inverse.fi