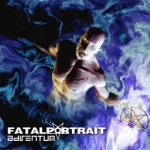 Too many potential Metal bands tend to split up too soon. Some after having just a couple of albums out, some just getting name out and on people’s lips. From Santander, Spain, once came this 5-piece Black Metal act named FATAL PORTRAIT whose 2nd album, "Adventum", was a clear promise about better things ahead of them. Sadly "Adventum" was these Spanish Black Metallers’ swansong as the band ceased to exist after the release. As for their Black Metal on "Adventum", I would use the term progressive and atmospheric Black Metal, with some influences absorbed from Thrash, Death and even Neo-classical Metal (especially some of the solos). They indeed have got a pretty interesting musical formula squeezed in for their last album, reminding me a bit of the times of Norwegian COVENANT’s "Nexus Polaris", early DIMMU BORGIR and even "Covenant" era MORBID ANGEL at times but with a more stripped down approach to their stuff, I would say. Also, a mix of dry Black Metal snarls and occasional clean vocal parts seems to work surprisingly well on this record. For what I would also give an extra plus for FATAL PORTRAIT, is the bass’ role within the other instruments. Bassist Thorgen must have learned a thing or two from Mr. Bass Wizard itself, i.e. Steve DiGiorgio, just no doubts. Also, even if there are a few a bit clumsy, more amateur-ish moments within the songs when some parts don’t necessarily click to each other that seamlessly, it really does not ruin the wholeness because the album is overtaken by so many enjoyable and mind-piercing moments that are to found from this particular opus. So yeah, it’s just a pity these talented Spanish Black Metallers have vanished from the Metal map for good – well, as FATAL PORTRAIT anyway. Visit this act at www.myspace.com/fatalportrait, label: www.morehate.com