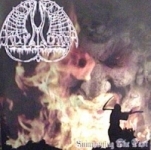 I’m glad you are reading this review as I was not sure if anyone will check it out because of the name of the band. HARMONY is or better was a shitty name for a Death Metal band and I guess that’s one of the reasons why the guys changed their name to MAZE OF TORMENT after three years of existence (92-95). HARMONY were pre-MAZE OF TORMENT and since their start they were a quite impressive band. Konqueror Records from Singapore did well in releasing these previously never official released songs on CD. By the way, keep your eyes open on this great label as they already released the amazing “Beyond The Circle” CD from EXCRUCIATE, “Purifying Consecrated Ground” MCD from DEAD CONGREGATION among others. They are doing a fantastic job and this release fits in this category of great releases, too. The 6 songs on this recording were all recorded between April and October 1994 in either Unisound Studio or Underground Studio and I can tell you that the soundquality is pretty good, which is not usual for releases like that. Well, where MAZE OF TORMENT play some kind of furious Thrash Metal and already released 4 albums (hope I’m correct here) this predecessor sticks more to the melodic Death Metal in the good old tradition. I can only suggest that all fans of MAZE OF TORMENT buy this release to see how this band started and especially for the die-hard underground fans this is a must have as the amount of great demos to become released on CD is still too small!!! Support releases like this and show the label that their effort is worth your money! Check out www.myspace.com/konquerorrecords to see what the label has to offer and send a mail to the label at info@konqueror-records.com for ordering details and their back-catalogue.