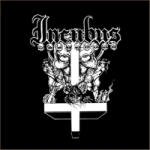 There was a time when quality Death Metal ruled the world and simply ruled my own world as well… a time when the matter was not to play as fast as possible or growling like if you were transforming into a werewolf. This era happened back in the mid 80s when you had musicians that were true genius at work. Just remember for example the POSSESSED, MASTER, DEATH, DECAPITATION, GENOCIDE, INSANITY, ARCHENEMY, MORBID ANGEL of this world… No one can argue that this particular era brought some of the best / heaviest recordings of all time and if you do then you’re probably a newcomer with absolute no knowledge about this style. Mentioning MORBID ANGEL is equal to mention the legendary "Abominations Of Desolation" album and I guess everybody by now knows the story behind this particular era when David Vincent came in the picture and completely remodeled the band. Still ex – bassplayer, Sterling Von Scarborough and ex – drummer, Mike Browning, weren’t decided to get vanished from a scene they’ve been part for quite a while at this point. Fuck no! Instead they decided to get going on again with Sterling’s former band, INCUBUS but this time with ex – TERROR guitarist, Gino Marino joining the madmen. Within late 1986 the band was rolling, writing new tunes and even remodeling material Sterling had brought in MORBID ANGEL prior to his departure. By April 1987 the band was entering a local studio and cut a demo that would join the realm of the best Death Metal demos ever. The three songs chosen for this session simply showcase incredible brutality, intelligence and pure EVIL! Next to the NECROVORE debut demo, INCUBUS’ one is without any doubt the most evil recording ever done. Tortured axe work, demented riffs (that are still highly memorable), crushing evil vocal lines (but never forced) and straight / fast drumming are the best adjectives that come to mind when listening to that pure jewel. ‘God Died On His Knees’, ‘Reanimator’s Mutilations’ (a former MORBID ANGEL song written by Sterling) and ‘Engulfed In Unspeakable Horror’ are the songs featured on this one and only recording. While ‘Reanimator’s…’ is undoubtedly brutal and stuff, it’s still in my opinion the less convincing one with a main riff that is basically way too basic in comparison to the two other highly twisted ones. ‘Engulfed…’ on the other end easily deserve the tag of being one of the most tormented song ever put together… it’s simply GODLIKE. Mike Browning’s ‘unique’ drumming that he’s known for happens to be here the one where he fits the best by far, it had to be said. Unlike in NOCTURNUS or MORBID ANGEL where some of his fast parts sounded forced, here it just flows naturally and simply complete Gino’s and Sterling’s work incredibly well. Put it this way, if INCUBUS had recorded an album back then it would have crushed most of the stuff around at the time including POSSESSED and DEATH’s debuts. If you call yourselves a pure Death Metal fan, in no case you can miss this recording or you’re simply not a fan of the style. Period. (this official re-release on CD comes in the great, already typical Proselytism Records packaging, meaning a 7" sized fold-out cover that features lyrics and a short bandhistory – both in English and Spanish, as well as four band pics on the in- and outside. The recordings got remastered for this and a poster of the classic coverartwork completes the picture. – Frank). More info and ordering details at www.proselytism.net